To share your memory on the wall of Tim McWhirter, sign in using one of the following options:

Tim was born in 1952 in Canton, Georgia to parents Earl Dean McWhirter and Lynette Holt and was raised by Ellen and Carl McCurley.

Tim was born in 1952 in Canton, Georgia to parents Earl Dean McWhirter and Lynette Holt and was raised by Ellen and Carl McCurley.

Tim was a natural storyteller with a lifetime of interesting experiences.

He began his adult life making a career out of his passion – horses. He was a nationally renowned Quarter horse trainer who worked across the US and Mexico.

After retiring at the top of his game from the horse show business, he embarked upon a second career combining two new passions - entrepreneurship and private investigation.

He was a successful business owner operating his own private investigation agency in Cherokee County for the better part of three decades.

Tim lived life to the fullest. Some of his favorite hobbies included practicing a style of Japanese swordsmanship called Shinkendo, cultivating bonsai trees, and travelling across the globe.

A visitation for Tim is planned for Sunday, June 28 from 2:00 to 4:00 PM. The visitation will be at South Canton Funeral Home on 3147 Marietta Hwy in Canton. All are invited to attend. A memorial service will follow immediately at 4:00 PM.

To send flowers to the family or plant a tree in memory of Tim McWhirter Sr., please visit our Heartfelt Sympathies Store.

Receive notifications about information and event scheduling for Tim

We encourage you to share your most beloved memories of Tim here, so that the family and other loved ones can always see it. You can upload cherished photographs, or share your favorite stories, and can even comment on those shared by others.

Your friends at Greater Hudson Heritage Network sent flowers to the family of Tim McWhirter Sr.
Show you care by sending flowers

Posted Jun 28, 2020 at 02:10am
Witnessing Tim’s relationship with our daughter, I saw so many things anyone would be lucky to have in their life. Respect, fierce protectiveness, glowing pride, and an abiding Father’s love. I remember little things like Tim washing Zoe’s hair when she was a tiny baby. And attending everything from soccer games and karate practices to ballet shows and band recitals. He taught her to shoot, not only so they could share hobbies, but in hopes she would be better protected as she went out into the world. Remembering a Barbie pink stun gun he bought as her backup protection makes me smile! He was there for her move into college dorms at Tulane and returned four years later for graduation with brother Joseph along, in a heartfelt show of admiration for her accomplishment. They rode horses along a beach in Acapulco, evidencing a mutual love for adventure. For these countless acts of devotion, I will be forever grateful for the foundation of unconditional love and acceptance Tim provided our daughter. He will be missed forever and it is my prayer her memories of him provide comfort and bring a smile to her face whenever she misses her Dad.
Comment Share
Share via:
JN

Posted Jun 26, 2020 at 09:52pm
Dear Zoe - Our thoughts and prayers are with you and your family during this difficult time. Our deepest sympathies and condolences.

Posted Jun 26, 2020 at 12:01pm
Just heard about Tims passing. Tim was a good friend and I will miss the talks we had. He always had a story to tell and never did you talk to him and not have a good laugh and a smile on your face.
Comment Share
Share via:
TL

Posted Jun 26, 2020 at 07:24am
I am sorry for your loss. I first remember Tim from our service station when he had the quarter horses. Every time upon his visit, he always had a story to tell about his adventures. Always brought a smile. May God give you comfort and strength.
Comment Share
Share via: 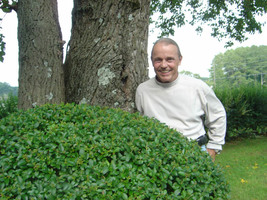 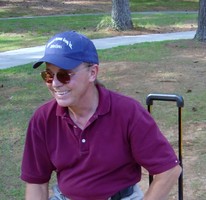 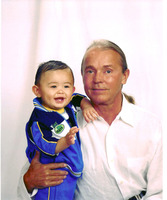