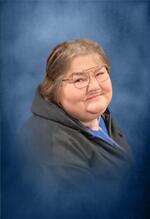 Born August 24, 1962, she was the daughter of Janet A. DeWolf (nee Dorchak) and the late Charles J. DeWolf, Jr in Camp LeJeune, NC.

Kim grew up in Horsham, PA. She was a 1980 graduate of Hatboro-Horsham High School. Kim was a member of the Church of Jesus Christ Latter Day Saints in Canton. Kim was an animal lover and is rejoicing in being reunited with her beloved dogs, Mercedes and Chloe.

At this time, no memorial services are planned.