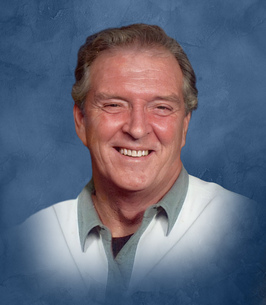 Jimmy (Shorty) Sheffield of Ellijay Georgia passed away, peacefully May 15, 2022. Jimmy was born on December 19, 1950 to Hollis and Geneva Sheffield.
He grew up in Canton Georgia farming with his family on a hundred-acre ranch. Together with their dad, he and his brother “Butch” enjoyed hunting, fishing, and anything outdoors. At 12 years old he gave his life to God and was baptized at New Hightower Baptist Church.
Jimmy was always a hard-working entrepreneur. The day he and his wife, Judy married, he opened up his service station which served the Canton area for 15 years. After moving to Waleska, they built a successful chicken farm and together with their sons, raised hens for 14 years. They were awarded “Hatching Egg Producers of The Year” multiple times.
Continuing to work for himself, started a business selling shavings with his brother, a grading business, and he finished out his working years driving a “big rig” hauling logs.
A man of many talents, he could play any song on the guitar and passed along his talents to his children and grandchildren. He won every game of pool he played, and tried to teach everyone he played how to use English properly.
A loving father, he is survived by his six children, his 13 grandchildren, and his 15 great grandchildren. He will be dearly missed by all who knew him.

Funeral Services are scheduled for 2:00 PM, on Wednesday, May 18, 2022, from the Chapel of South Canton Funeral Home with Rev. Brent Sheffield, and Rev. Thomas Wheeler officiating. Interment will follow at Mt. Zion Methodist Church Cemetery.