To share your memory on the wall of Howard Henderson, sign in using one of the following options:

Print
Howard Henderson, age 94, of Canton, GA passed away Sunday, November 3, 2019 at Canton Nursing Center . He was a loving father, grandfather and a member of Pleasant Hill Baptist in Newtown.

Funeral services are scheduled for 11:00 AM, on... Read More
Howard Henderson, age 94, of Canton, GA passed away Sunday, November 3, 2019 at Canton Nursing Center . He was a loving father, grandfather and a member of Pleasant Hill Baptist in Newtown.

Funeral services are scheduled for 11:00 AM, on Wednesday, November 6, 2019, from the Chapel of South Canton Funeral Home with Rev. Thomas Wheeler officiating. Interment will follow at Old Macedonia Cemetery.

To send flowers to the family or plant a tree in memory of Howard Henderson, please visit our Heartfelt Sympathies Store.

Receive notifications about information and event scheduling for Howard

We encourage you to share your most beloved memories of Howard here, so that the family and other loved ones can always see it. You can upload cherished photographs, or share your favorite stories, and can even comment on those shared by others.

Freedom Hill sent flowers to the family of Howard Henderson.
Show you care by sending flowers

Posted Nov 04, 2019 at 01:58pm
I will never forget sitting down with him and he would tell me about working hard all week doing construction then on Friday after work he would drive up to Nashville and play guitar around town he said usually a bunch of people would gather under shade trees and pic the guitar banjo etc. he told me he got to play with Lester Flatt their one time before Lester became known! He smiled real big as he told me about that. He also told me a lot about my dad in his younger days. and he talked of old times and how things changed so much over the years. I will always treasure that conversation! 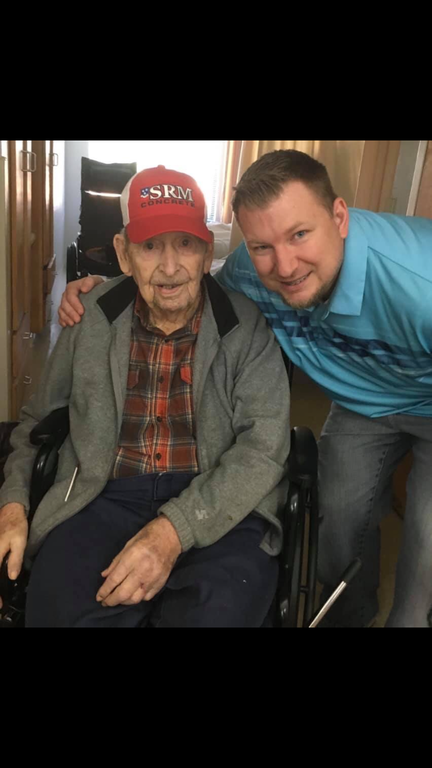