To share your memory on the wall of Guy Mathis, sign in using one of the following options:

In his early life he was an avid outdoorsman, enjoying fishing and hunting. He cherished his largest deer mount, a 10 point buck. His passion for gardening led to his awesome 2lb tomatoes. For years he made a secret hot sauce recipe well known to both family and friends, which was lovingly coined Daddy Guy’s Hot Sauce.

Guy met the love of his life, Billie Sue, at West Point Pepperell at the age of 21. They shared 64 years of marriage devoting their lives to raising their three children, Janet, Tim, and Greg.

Guy worked for Coca Cola in Rome, Ga., and later at West Point Pepperell in Lindale, Ga., where he and Billie Sue met. The two later moved their family to Marietta, Ga., where he worked as a driver and later retired after 12 years of employment at the US Postal Service. Upon retiring he and Billie built their final home in Waleska, GA., at Lake Arrow Head, where their love continued to grow until his passing on January 10, 2020.

Guy will be dearly missed by his loving wife and family who will always treasure his memory.

He is preceded in death by his parents, Dillard and Vella Mathis, his brothers, Boyd, Walter, Herman, Otis, JD, and Paul. As well as his three sisters, Mae Belle McCall, Clara Bohannon, and Wanda Broome. And son in law David Smith.

In Lieu of Flowers, the family asks that donations be made to Lake Arrowhead Church in Guy's memory.

To send flowers to the family or plant a tree in memory of Guy Ferman Mathis, please visit our Heartfelt Sympathies Store.

Receive notifications about information and event scheduling for Guy

We encourage you to share your most beloved memories of Guy here, so that the family and other loved ones can always see it. You can upload cherished photographs, or share your favorite stories, and can even comment on those shared by others.

Matthew Wood and Family, Carol Akins, Kathy and Piero Gusberti, and other have sent flowers to the family of Guy Ferman Mathis.
Show you care by sending flowers

Posted Jan 13, 2020 at 08:16am
It is with a very sad heart that I will say goodbye today to one of the sweetest, most caring people I have had the pleasure to know. Guy, your sunshine smile and caring heart will be missed but not forgotten.

Matthew Wood and Family purchased the Serenity Wreath and planted a memorial tree for the family of Guy Mathis. Send Flowers

Medium Dish Garden was purchased and planted a memorial tree for the family of Guy Mathis. Send Flowers

Linda and Wyatt Wood purchased flowers and planted a memorial tree for the family of Guy Mathis. Send Flowers 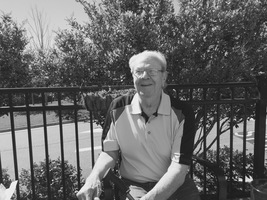 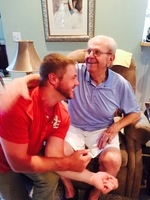 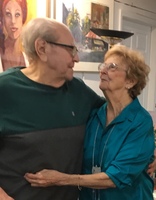