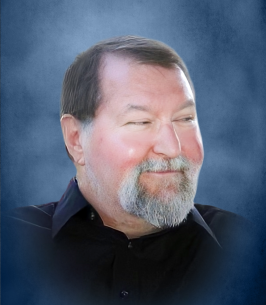 Garry Roy Puckett, age 67, of Waleska, GA passed away Sunday, May 1, 2022 at Northside Hospital Cherokee. October 15, 1954 is remembered in the record books as the day Hurricane Hazel, the deadliest storm ever to hit the Carolinas, made landfall. With all the focus on Hazel, it was perhaps unsurprising that another notable event was overlooked, the birth of a baby boy at Canton’s Coker Hospital to Roy and Elsie Puckett. That infant, named Garry Roy, had only two things in common with Hazel: a date on the calendar, and an impact that will never be forgotten.

Garry grew up in Waleska on the land his father, grandfather and great-grandfather had worked for nearly a century before him. He spent his days delighting his loving parents and alternately amusing and tormenting his older brother, Grady, and sister, Mary Alice. He roamed the woods, fields and creek bottoms of the family farm having adventures and imaginary battles. His family could trace his whereabouts by listening for his imitations of gunfire and explosions. He would only take a break from playing to plop down in front of the TV and watch one of his favorite heroes like the Lone Ranger or Batman. Another interruption of his playtime was school. He attended R.M. Moore Elementary and Cherokee High School, where he excelled academically and humbly, signing his name on his papers as GARRY THE GREAT.

After high school, he took a job at C.W. Matthews, where he worked for 37 years. While working, he attended and was graduated from Southern Tech. He married the former Brenda Munsey, the love of his life. They settled on the family land in Waleska and together had a daughter, Amy, and a son, Greg. Garry taught his kids how to work hard and play hard, whether it was imitating professional wrestling and putting them in the sleeper hold, floating in inner tubes down Shoal Creek, sliding down hills in the snow on a big piece of 1970s woodgrain paneling, or having intense Bases Loaded and Tecmo Bowl tournaments on Nintendo. He taught them how to bait a hook, how to aim a rifle, and how to scrimp and save during the year so you could take your family on summer vacation to the Smoky Mountains, Florida beaches, or Washington DC. Later, the grandkids Kate, Grace, Sean, Collins and Jack arrived, and “Baba”, as Garry was now known, was glad to have new little buddies to take on vacation or to the movies, to trick or treat and play games with, and to teach life lessons like the importance of a legendary practical joke.

The most important lesson he shared with his family was the need to have a personal relationship with Christ. He made sure to share his own testimony with his children and grandchildren, how when he was still a child himself in his little bedroom in Waleska he prayed to ask Jesus into his heart. It was a decision he never regretted. He studied the Bible regularly. He spent time in prayer every day seeking guidance on how to live his life and navigate any storms that came his way.

Garry Puckett loved his home, his family, and his Savior most of all. He had the privilege of reflecting on his life in his later years, and said it was a good one and he was satisfied. As much as he loved the “old Puckett home place” in Waleska, he knew where his true home was, and it was not here. His family loves him, misses him, honors his life, and celebrates his homegoing.

Funeral Services are scheduled for 12:00 PM, on Thursday, May 5, 2022, from the Chapel of South Canton Funeral Home with Bishop Lance Johnson officiating. Interment will follow at Garry and Brenda Puckett Family Cemetery.