To share your memory on the wall of Dorothy Byrd, sign in using one of the following options:

Dot was preceded in death by her parents and brothers, Edward Byrd and Alvin Byrd. She is survived by a brother James Byrd of Powder Springs, ten nieces and nephews, and a host of friends.

To send flowers to the family or plant a tree in memory of Dorothy Ila "Dot" Byrd, please visit our Heartfelt Sympathies Store.

Receive notifications about information and event scheduling for Dorothy

We encourage you to share your most beloved memories of Dorothy here, so that the family and other loved ones can always see it. You can upload cherished photographs, or share your favorite stories, and can even comment on those shared by others.

The Richard Byrd Family sent flowers to the family of Dorothy Ila "Dot" Byrd.
Show you care by sending flowers

Posted Jun 08, 2020 at 07:29pm
Dot was a very independent woman with a heart the size of her personality. She loved her restaurant and enjoyed cooking. Dot loved Ball Ground. She outlasted restaurant after restaurant. When my dad had his third stroke, Dot would come over every night to talk to him. She always loved to tell stories and just talk to anyone who would come into her restaurant. She was a great aunt and a wonderful ambassador to Ball Ground. I love you, Dotty. Dementia no longer has control. Go rest high on that mountain. I’ll see you there again one day soon.
Comment Share
Share via:
EL

Posted May 31, 2020 at 08:38pm
I will never forget the stories my Grandmother Betty Green told me of how good a friend Dot was to her. I’m saddened to hear of her passing and my prayers are with the family.
Comment Share
Share via:
JM

Posted May 31, 2020 at 10:42am
I’m so sorry to hear of the passing of my dearest friend Dot. We grew up as children and spent many teenage years together. My fondest memories of Dot is that she loved everyone and was so willing to put her life on hold to care for one of her friends who needed help. Dot may you Rest In Peace. You will remain in my heart ❤️ until we meet again on Heaven’s beautiful shore. Jo Anne Medlin
Comment Share
Share via:
AL

Posted May 31, 2020 at 08:01am
We were very saddened to learn of Dot’s passing. She was a dear, devoted friend to our mother, Betty Green.
Comment Share
Share via:
MM

Posted May 30, 2020 at 09:30pm
Dot was as sweet a lady as ever lived in Ball Ground, and that is saying a lot. Her kindness to others, world class homestyle cooking and knowing who/what/when/where and why was going on in Ball Ground will always be a legend. She loved her Lord and did His work by helping people all her life. Dot helped me and my mother especially during the last years of my mothers life. She worked hard all her life and was a good businesswoman. "Dot's" was THE place to eat in Ball Ground and she would always call to check on us if we were even 10 minutes late for lunch. She remembered what mother could and could not eat and often made an extra batch so mother could enjoy it too. I always say when a longtime Ball Ground resident passes away "that's a piece of Ball Ground we won't get back, but thank the Lord he let us have them as long as we did." That saying has never been more true than when talking about Dot. I don't think there are hungry people in Heaven, but if there were Dot would solve that problem! My sympathies to all of Dot's sweet family and friends.
Comment Share
Share via: 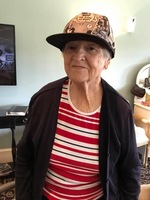 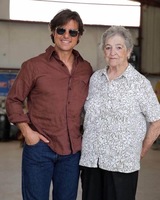 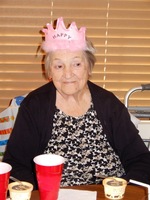