To share your memory on the wall of David Zundel, sign in using one of the following options:

The gesture that can change the world

Memorial services are to be held on Friday, September 20, 2019 at 12:30 P.M. at the Chapel of the South Canton Funeral Home. Interment will follow at Georgia National Cemetery in Canton with Army Honors.

To send flowers to the family or plant a tree in memory of David Emerson Zundel, please visit our Heartfelt Sympathies Store.

Provide comfort for the family by sending flowers

We encourage you to share your most beloved memories of David here, so that the family and other loved ones can always see it. You can upload cherished photographs, or share your favorite stories, and can even comment on those shared by others.

Posted Sep 25, 2019 at 02:41pm
Hi, there. My name is Chelsea Mustin your fellow neighbor just wanting to provide some comfort for you during this hard time 🙏. In the Bible at Revelation 21:3&4, we read that in the future there will be no more pain, death, or tears. This is very hard to picture for you guys right now I'm sure, but a pleasant hope we can all look forward to in the future.
Comment Share
Share via:
PM

Posted Sep 14, 2019 at 05:00pm
My heartfelt sympathy and deepest condolences to the Zundel Family. May God wrap you and your family in his arms of comfort during your time of bereavement.
Phyllis Morgan
Comment Share
Share via: 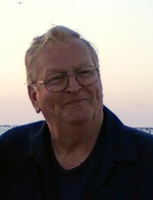